The Randomized Controlled Trial (RCT) is the gold standard for how we know something works in the world of medicine. But how did we get to this point? The answer involves vegetarians and orange juice, spans two thousand years, and stretches from ancient Babylon to the high seas of the British Empire and back to America. Find all these answers (and more!) in Episode 14 of Bedside Rounds — the First Trial!

If listening to my podcast has taught you one thing, it should be that doctors — and especially internists — are pretty nerdy people. We love to reference the “Evidence” and the “Literature” — both of those starting with capital letters, of course. And there’s a clear hierarchy of medical evidence, from the lowly case report, which is the medical equivalent of a podcast, telling the story of one individual patient, to the primo Randomized Controlled Trial (RCT). We’ve even formalized the good way of asking a question — the heuristic called a PICO question — an acronym of course, for population, intervention, comparison, outcomes. Say I want to know how low my blood pressure should be. Well, that’s not exactly an easy question to answer. So let’s PICO it! (sound effect)! In adults without diabetes, does lowering your systolic blood pressure to 120 compared with 140 decrease heart attacks, stroke, and death?  See, isn’t that much better! And there’s actually an answer.

But what a strange conceit the randomized clinical trial is. You randomly assign people to multiple groups. Then you essentially fool your participants — and the doctors treating them — by giving some a fake intervention. Sometimes this involves fake surgery, though usually only yucky-tasting Skittles. And then these trials get written up in top journals, and affect the medical decisions of doctors all around the world. And the financial impact — an RCT showing an impact for a “blockbuster” drug can net its manufacturer billions dollars a year.

So how did we get here? As it turns out, the path to, say, the SPRINT trial is a little more circuitous than you’d think. The very, very beginning starts around 600 BCE, with a famous Principal Investigator and adherent of evidence-based medicine named Nebuchadnezzar II. Nebuchadnezzar is credited with building the Hanging Gardens of Babylon, and destroying the Temple of Jerusalem. A brilliant military leader who conquered much of the known world, he was very interested in keeping his soldiers healthy so they could more effectively conquer. So, according to the Book of Daniel in the Old Testament, he ordered his men to eat only meat and drink only wine, with the hope that this would keep them in peak conquering condition. However, some of his vegetable-loving subjects objected — why, I have no idea, because a bacon and wine diet would make me very happy. The wise trialist/king formulated a practical PICO question — in Babylonian warriors does a diet rich in meat and wine, compared to legumes and water allow for more effective killing — and the first recorded clinical trial of human history was off. A direct quote from that peer-reviewed publication:

“Daniel said to the steward . . . “Test your servants for ten days; let us be given vegetables to eat and water to drink. Then let our appearance and the appearance of the youths who eat the king’s rich food be observed by you, and according to what you see deal with your servants.” So he hearkened to them in this matter, and tested them for ten days. At the end of ten days it was seen that they were better in appearance and fatter in flesh than all the youths who ate the king’s rich food. So the steward took away their rich food and the wine they were to drink and gave them vegetables.”

Just add some water — it does the body good!

And there you have it. With 10 Babylonian-days of follow up, the world’s first clinical trial was completed.

And then not much happened for thousands of years. There were some dabbles, like the famed surgeon Ambroise Pare who experimented with different bandages on horribly wounded soldier. It wasn’t until the 18th century that James Lind hit the scene, and journal clubs were never the same again.

The 18th century was a fascinating time. The Renaissance had given way to the Enlightenment, and its ideas — natural philosophy, science, empiricism, liberalism, nationalism, and basically every -ism we are still debating today — were percolating through society. They hadn’t yet boiled over into revolution — the scientific, the industrial, and of course the more oft-recognized head-chopping political — but among the educated class, Enlightenment ideas had taken deep root. It was into this milieu that James Lind started his medical training as a Surgeon’s Mate in the British Navy. The British were the naval power of the world, their sailors traveling the world around for trade, and increasingly for their Empire. This meant longer time at sea — and the risk of scurvy.Scurvy, we now know, is caused by deficiency of vitamin C, also known as ascorbic acid. Ascorbic acid, it so happens, comes from the latin name for scurvy, scorbutus. Vitamin C is essentially for the production of collagen, our body’s main connective tissue. Vitamin C is found in leafy greens, and the sailors of British ships quickly built up deficits with their diet of dried meat and biscuits. Initially they’d develop bleeding from the gums and fatigue, which quickly progressed to teeth falling out, wounds opening all over the body, and eventually death from hemorrhage. And make no mistake — scurvy was common, and devastating. Lind dedicated his treatise on scurvy to the mariner Lord Anson, who had lost 380 out of a crew of 510 to the disease. The early symptoms of scurvy.

The treatment for scurvy is replacement of Vitamin C. Lind’s revolution was not the treatment — the Portuguese had planted orange and lemon trees at resupply stops for their ailing sailors, and Johann Bachstrom had written “scurvy is solely owing to a total abstinence from fresh vegetable food, and greens; which is alone the primary cause of the disease” — but his approach. The scientific establishment at the time — Lind included — believed that Scurvy was caused by putrefaction due to bad food inside the body, resulting is a loss of acid. The primary treatment, then, was replacement with vitriol, sulfuric acid. It was in this context that Lind started his famous experiment. He was the surgeon aboard the HMS Salisbury, 10 weeks out from land, when the crew started to come down with scurvy — 80 of the 350 sailors. As their doctor, Lind took 12 of the sickest who he felt had similar attributes and divided them into 6 groups of two. All sailors received the exact same diet. In addition, the first group received cider, the second the standard of care, elixir of vitrol, the third vinegar, the fourth seawater, the fifth lemons and oranges, and the sixth spicy paste and barley water. Unlike the Nebuchadnezzar PICO question, Lind was actually very carefully considering the design of his experiment. In modern parlance, he asked, “In patients with scurvy, does the administration of citrus fruit (and other interventions), compared with the standard of care, sulfuric acid, lead to improvement in scurvy?” An noninferiority trial, if you will.

And the results were dramatic. In the citrus arm, one patient was completely healed by six days, and the other had shown considerable improvement. The only other group that showed improvement was the sulfuric acid group, and they only showed improved oral symptoms. I have a link on the website to his description of his study design — remarkable not only for the revolutionary concept inside, but his use of plain language. Unfortunately, the groundbreaking nature of both his discovery and the methods behind it were not immediately evident — it took 42 years before the British navy undertook his recommendations, in a famous story that, unfortunately, will have to wait for another podcast.

Lind’s experiment is widely considered the first clinical trial, but there was still a far way to go before trials could get published today. The first innovation was the placebo. I’ve talked about placebos before in Episode 8. Placebo first entered medical parlance in 1811, when it was defined as “an epithet given to any medicine more to please than benefit the patient,” which is similar to our understanding, though notably excepting the placebo effect. That would have to wait until Austin Flint, an American physician who today is most remembered for the Austin Flint murmur that you hear in patients with aortic regurgitation. The nineteenth century was the beginning of modern scientific medicine, and like today, snake oil salesmen — except, literally using snake oil — abounded.  Flint recognized that the natural history of diseases could obfuscate treatment effects. To take a modern example, colds do get  better after taking echinacea — but colds also get better on their own. He came up with an ingenious way to get around this — he performed an experiment on convicts suffering rheumatic fever (and we won’t get too much into ethics here), giving 13 of them a placebo herbal injection, and 13 others the standard treatment of the day. In 12 of the 13 cases there was no difference in outcome. Flint called this the “placeboic remedy,” and encouraged interventions to be tested against a placebo rather than the natural course of the disease. 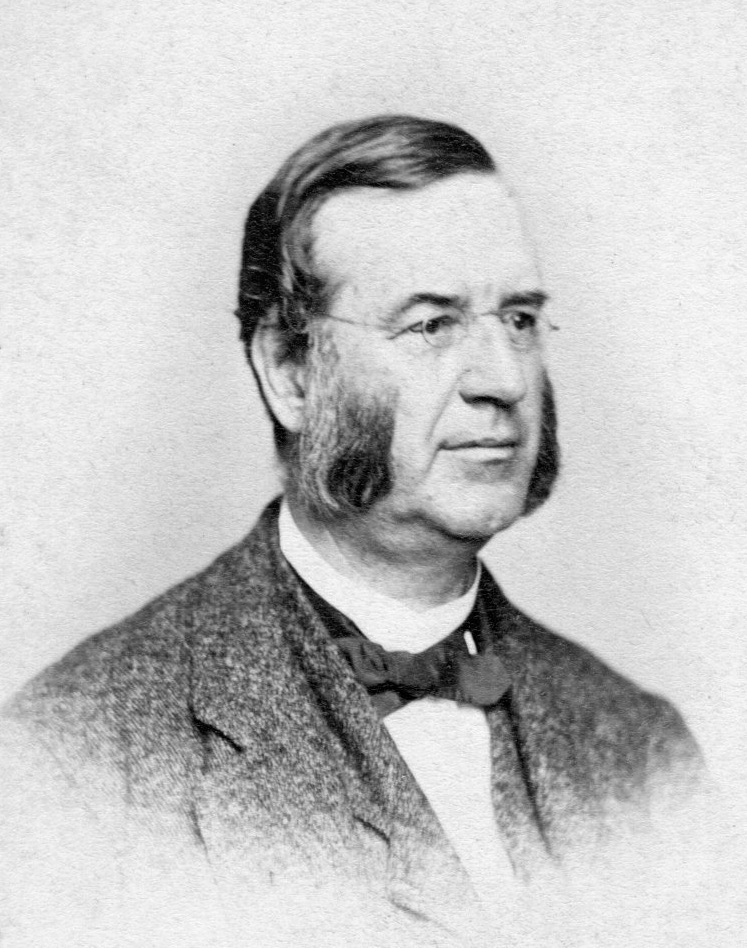 Austin Flint. He also described the murmur now known after him. Ironically, he was against eponyms.

The advent of chemistry brought hundreds of new medicinal compounds, and from Flint’s placeboic trial it was just a hop, skip, and a jump to the modern clinical trial. While there is some debate exactly who made it first, the first widely recognized RCT was conducted in 1946. Designed by Bradford Hill, now considered the father of the RCT, it randomized tuberculosis patients to two groups — one which received bedrest only, the standard of care, and the other which would get streptomycin and bedrest. Dr. Hill carefully designed two innovations that would change medicine. The first was allocation concealment. Enrolled patients were randomized to either group with a random number table, completely independently from the researchers. The second was double-blinding; patients in the streptomycin group were unaware that they were getting any special treatment, and the physicians evaluating them — for example, when reviewing x-rays to look for response — were unaware which group the patients belonged to. 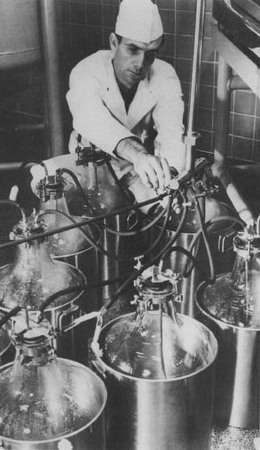 Despite Dr. Hill’s fears that physicians would loathe to adapt to a model that discounted personal experience, within a few years, his innovations had been adapted so much that the randomized controlled trial has become the gold standard by which physicians answer questions — so much so that his methods have been used in fields as disparate as political science and education policy.

So there you have it — next time you consider an otherwise pedestrian clinical question, like blood pressure — you’re participating in a process that stretches back to vegetarian Babylonian warriors and  Enlightenment orange juice.